In addition to providing reliable garden maintenance in Melbourne, Van Leeuwen Green creates gardens that don’t require excessive inputs to keep them looking good, making landscapes cleaner, greener and less expensive for our clients. We make every effort to ensure that creating a private garden doesn’t have negative environmental impacts for somewhere else. Ideally the materials that create landscapes should also come from sustainable sources.

For example, decking is a common feature of contemporary landscapes and a fantastic way to integrate house and garden. If the timber for decking comes from the wrong sources, however, the environmental costs can be high. For example Merbua, a common decking hardwood from south-east Asia, destroys rainforest habitat. At the same time, the energy cost and associated emissions in greenhouse gases of transporting Merbua to Australia makes imported timbers generally a poor choice for landscape construction. Instead, Van Leeuwen Green uses Australian-grown and harvested timbers such as Sugar Gum for decking and pergolas because they are local, renewable and last longer than imported timber.

Van Leeuwen Green is a pioneer of sustainability in the horticulture industry, especially in regard to water use in gardens. In 2009 we received the Victorian Landscape Award for the best Sustainable Landscape for Hendrik Van Leeuwen’s garden in Hughesdale. But the complexity of sustainability issues means that there’s always more to learn. In 2008 we became Environmentally Certified Landscape Industry Professionals (ECLIPs) through Sustainable Gardening Australia (SGA). The ECLIPs program provides training for our staff in sustainability principles and practices, and all the latest facts, figures and methods as they come to hand. The ECLIPs program also allows us to design and construct gardens with sustainability principles in mind, through a voluntary, obligation-free survey when we consult or quote for your landscape.

If you are interested in sustainability, please feel free to read through the information we’ve developed in this section of our website, on food gardens and water. We’ll update these pages as we continue our research on materials and plants from sustainable sources. 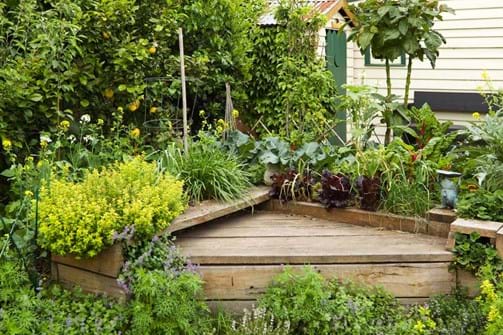 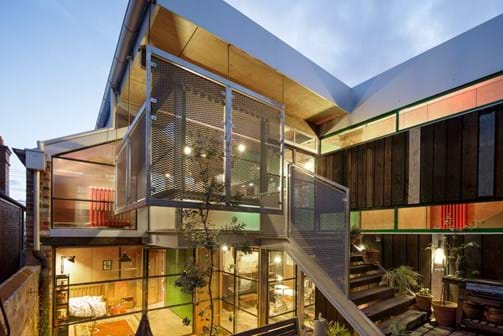 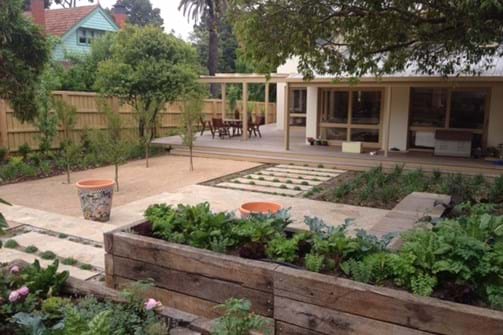 Our general philosophy is that gardens can still be relatively green and even lush in parts and still use sustainably small quantities of water. While expensive hardware such as tanks and grey water systems have become popular and are in some cases a good idea, we begin with a different approach. We believe that in many cases, the benefits of money spent on this infrastructure are limited. Instead, the money saved is better invested in the plantings themselves: in quality stock, proper establishment, appropriate species selection, and expert design and maintenance.

How we do it

Water use can be reduced simply through good horticultural practice such as application of mulch, soil wetting agents and building up the levels of sponge-like organic matter in soils. Weeds use as much water as desirable plants, so these must be kept suppressed.

Zero irrigation areas are parts of the garden planted with drought tolerant species, which might include carefully selected native or other arid zone plants. Areas of the garden suitable for this treatment are exposed west facing garden beds or dry, shady areas.

The minimum irrigation zone includes plants that are drought tolerant but need occasional watering to maintain a high quality appearance. Examples include viburnums and plumbago. Other plants in this zone have lush green foliage but which are relatively conservative in their water use. Camellias are a good example- beautiful dark green foliage, wonderful flowers but they are not greedy when it comes to water: they simply need a minimal amount to keep them ticking over, even during a drought.

Highly visible or high use areas such as those outside of living room windows or around entertainment areas are perfect for a more lush look using a standard drip irrigation regime. Here we can include some luxury plants such as japanese maples, silver birch and similar less hardy species.

Above-ground segregation of species with different water requirements can fail as a strategy if what is going on below the ground is ignored. Tree roots can spread laterally from their trunk as much as twice the distance as the height of the tree. This means that a large thirsty tree can invade all areas of the garden, robbing lush zones of their water and even causing the death of otherwise drought tolerant plants which cannot compete with a large tree despite their overall biological toughness. To overcome this, simple subterranean plastic root barriers are installed between zones.

Appropriate species selection is obviously a key method of ensuring that gardens use less water and survive droughts. But species selection for drought tolerance is often applied in a rather simplistic way. Van Leeuwen Green prides itself on its sophisticated approach to species selection in order to address the following issues:

Drip irrigation system has become the standard low cost and effective way to apply water to plants. The driplines are placed beneath mulch so that evaporation is negligible, and water reaches plant roots directly.

Use of hard surfaces and passive water harvesting

By increasing the area of hard surfaces such as paving for entertainment areas, the area of garden is reduced. If this is done with careful design, the garden need not lose any of its overall sense of green abundance. Hard surface areas also catch water, and if correctly shaped and with appropriately designed garden beds, the water can simply be directed onto the garden.